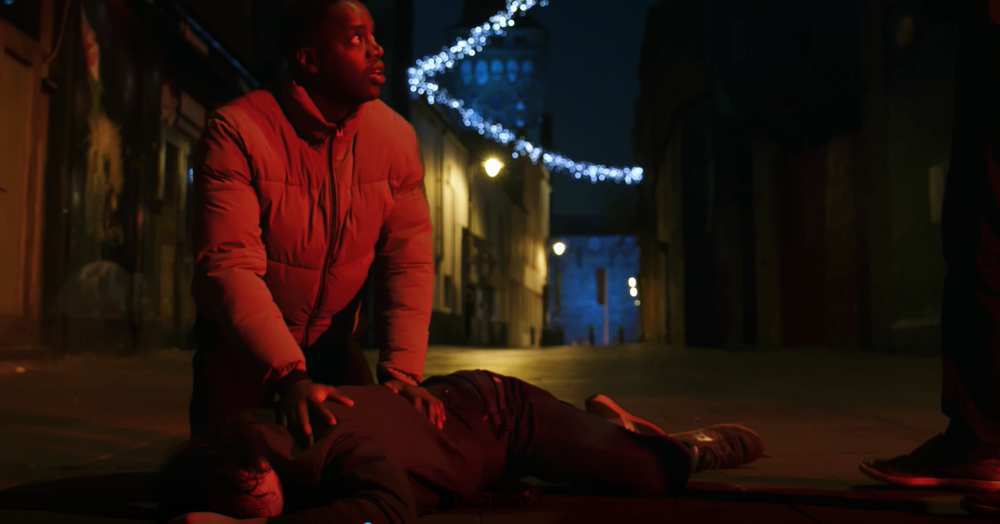 Film students at the University of South Wales (USW) have made a moving awareness-raising video for Save a Life Cymru, a Welsh Government organisation which encourages everyone to learn lifesaving CPR and defibrillation skills.

The group of second year students teamed up with Save a Life Cymru to make the short film, which tells the story of a young man who collapses on his way home from a night out in Cardiff – and how his friends ultimately save him thanks to the quick thinking of the emergency services, who guide them through CPR and use of a nearby defibrillator during their 999 call.

Chloe Falcon was director, writer and cinematographer for the film, which aims to act as a thought-provoking video rather than a training exercise – something that Save a Life Cymru were keen to help create.

She said: “This has been a rewarding experience from start to finish, and a pleasure to work in partnership with Save a Life Cymru; I’d like to thank them for encouraging my creativity and having full trust in the group. The project is for a fantastic cause – promoting awareness that cardiac arrest can happen to anyone, and knowing how to respond to help save a life. It was very enjoyable to write the poetic script, that is performed wonderfully by Gabin Kongolo.

“Gabin, Lucas Edwards and Ethan Hurst were an amazing cast that brought so much to the characters. USW Careers have supported and advised every step of the way, and our lecturers’ feedback has been invaluable. I owe a huge amount to Sally Lisk-Lewis for her continuous support, for always believing in me and what the video could become.”

Sally Lisk-Lewis, Senior Lecturer in Film at USW, led the students on the project, which is an issue very close to her heart. She said: “As someone who lost her own twin brother to cardiac arrest at the tragic age of 38, it was a real privilege to watch this BA Film crew deliver such an important film – and potentially life-saving message – in their second year of study. They embraced this Commissioned Project module with passion and purpose, were wholly professional throughout and we are incredibly proud of their achievement. I'm always telling my students that film can (and should) be a force for good – here's a truly affecting example of this.”

Glenda Lloyd Davies, Save a Life Cymru Communications Manager, added: “This is an excellent short film following the emotional journey of one student who, during a night on the town, suddenly found himself saving his friend’s life. This is a life lesson for us all; to learn CPR and defibrillation to save a life.”

Watch the film in full here:

We have LAUNCHED 🚀 - Introducing our USW Launch Participants!

How do you feel your course is preparing you for the future? Let us know in the Employability in the Curriculum Student Survey

Is the mention of work experience adding to mounting stress levels?

Are you looking for a promotional video/film to be created for your organisation?