"The placement has already helped my career – it provided a live project which I used for my studies, and provided a graduate offer which eliminates the need to compete with anyone in order to take the first step after graduation." 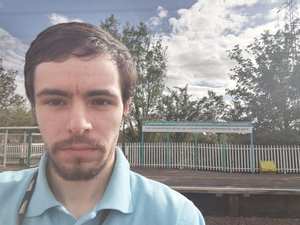 Why did you choose to do a placement; and why here?

To be totally honest, I hadn’t proactively sought a placement year, as I already had work experience before starting my course and was forced to defer re-enrolment onto year 2, which resulted in another year of gaining work experience (i.e. I had already had a placement in all but name). The summer I started the placement I was only looking for a summer internship; however, when Network Rail offered a year-long placement, that was too hard to refuse. I had heard good things about their graduate scheme, and it was a great opportunity to work in a new industry. It was also exciting to know that I would get to see much of our infrastructure across the country – although this was later hampered by Covid-19 – and help make Network Rail safer and greener.

Describe, in simple terms, what you did on placement

I was on placement with the buildings team in an asset management role. A lot of my role focussed on condition surveys of buildings and issuing works orders to carry out remedial work. Beyond this, a lot of my time was focussed on the “close calls” system, a Network Rail initiative to make our infrastructure safer. Between the two, the role involved a lot of data handling!

What projects did you work on?

In terms of individual projects, I was tasked with completing the Wales Route RVI (Risk of Vehicle Incursion) assessment for areas adjacent to our buildings, and initiated a Wales-route desktop study into areas under our ownership which may be suitable for Hydro-electric power. Most exciting was the opportunity to carry over a live project, looking at retro-fit of solar PV onto listed buildings, as the basis of my final year project. I did also issue some significant works orders.

What did you enjoy about it? What were the highlights; any particular achievements you want to shout about?

Highlights for me include identifying many sites in Wales route alone which may be suitable for hydro-electric power, including 1 site where an existing plant could be connected for a “quick win”, and putting forward a recommendation to look at tidal power. It was also exciting to work on the live solar PV retrofit project – critically, it was exciting to identify that the figures used previously by Network Rail for solar availability appear to be significant underestimates. Being identified as a key worker and getting the opportunity to continue working on site during the strictest part of lockdown was an unforeseen privilege, and I imagine very few placement students can claim that, giving me a distinction that future students will be unable to experience (hopefully!) I was also referred to Network Rail’s graduate scheme, receiving a conditional offer, which means I don’t have to spend my graduation summer seeking work or competing with my peers!

I received formal training on various railway safety issues, including counter-terrorism, and formal asbestos training. Experiences I gained include initiating and concluding a project, data handling and communication, in addition to working on site whilst being a point of contact for the public. I also gained more technical knowledge, both railway specific and more transferrable – notably on solar PV technologies – and gained experience giving presentations.

How did you find about the placement and how did you apply?

I found out about the placement on the USW career services webpage.

How you feel returning back to Uni after the placement?

I was keen to complete my studies as quickly as possible!

Has the placement led to a job offer or anything else such as fees to be paid; a research opportunity

As above, the placement year resulted in a conditional offer onto Network Rail graduate scheme.