Why did I do a placement? And why at Cardiff TV?

My name is Isabel Passalacqua, and I am a third-year student studying BA theatre and Drama here at USW. As part of one of my final modules, I had to complete a 30-hour placement at a professional industry of my choice. Many of my friends chose to work at a theatre company, but because of my interest in journalism and media, I chose to find something a little different and out of my comfort zone. I met Daniel Glyn, station manager at Cardiff TV (a local TV station) in a university employment event at the Atrium. He spoke about the company and what a placement would entail, and I immediately knew I wanted to do it. I shook his hand and exchanged emails, and the next week I started my placement at Cardiff TV. 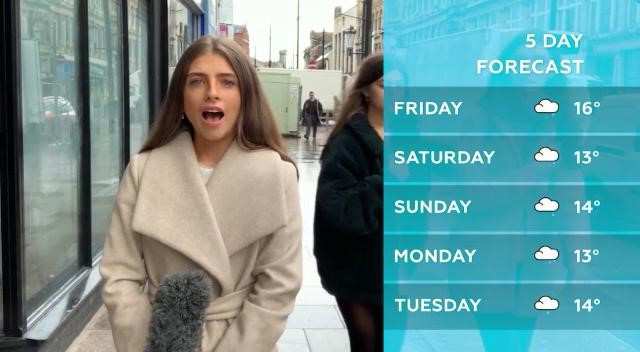 What did I do?

When Daniel said that it would be an intense week, and that I would not be bored, he was correct. It was the epitome of being ‘thrown into the deep end’ (in the best way possible). From the very first day I:

My time at Cardiff TV has been invaluable in terms of the skills I have gained and how influential the placement was for my future career.

I have so many highlights working at Cardiff TV, every day was full of fun and unexpected moments. If I had to whittle it down, they would probably include:

I applied by meeting the station manager in a university event, which are advertised via UniLife and in the Atrium itself. However, it is very easy to apply online via their website or by email (which you can find on the website itself). Once I completed my thirty hours, I was fortunate enough to be offered a long-term placement there by Daniel, which is flexible around my work and university schedule. It is a very progressive environment by which you can work your way up by learning on the job and gaining experience. I recommend this placement to anyone who would like to be challenged and do things out of their comfort zone!